Join NextFab as we participate in Second Thursdays – a chance to view new galleries and creative spaces, and connect with the artists and makers of Philadelphia. Lights drinks and refreshments will be served.

Join us in the NextFab Gallery, for the installation of “La Sombrilla,” a self-sustaining environmental sculpture that responds to climate change in one of the largest immigrant communities in the city. Multidisciplinary artist José Ortiz-Pagán, worked with Bahay 215 (Omar Buenaventura and Nicky Uy) will be showing off this piece. This work discusses the barriers faced by many migrant communities in owning homes, which were captured in animations filmed by Temple students. Their installation begins to open the doors to those conversations, captured in our spaces through live demos and projected animations.

“La Sombrilla,” an installation originally unveiled while it was 100° in Southeast Philadelphia, during an event called “La Sombrilla Block Party.” The moment served to generate a poetic action to illustrate the actual impact of heat and was the culmination of #HeatResponse a two-year project that organized people in South Philly in the context of climate change in one of the largest immigrant communities in the city. During this event organized together with @agoodvt they had tens of people attending and cooling down with the water coming from “La Sombrilla”.

This helped them understand what it means to have conversations around climate change with folks that are facing many other challenges, understanding that these conversations need to happen within the means of what people can achieve. Instead of blaming and shaming, they decided to hear about what they are already doing to combat the heat.

“La Sombrilla,” a self-sustaining environmental sculpture that lifts the traditions of creating informal gardens in the area and which responds to the lack of space to create green areas and have tree canopy to protect from heatwaves. Designed and built together, it utilized reclaimed wood from an 80-year-old water tank that was donated by Asian Arts Philly, creating a narrative of how we can build a sustainable future.

Light drinks and refreshments will be served. 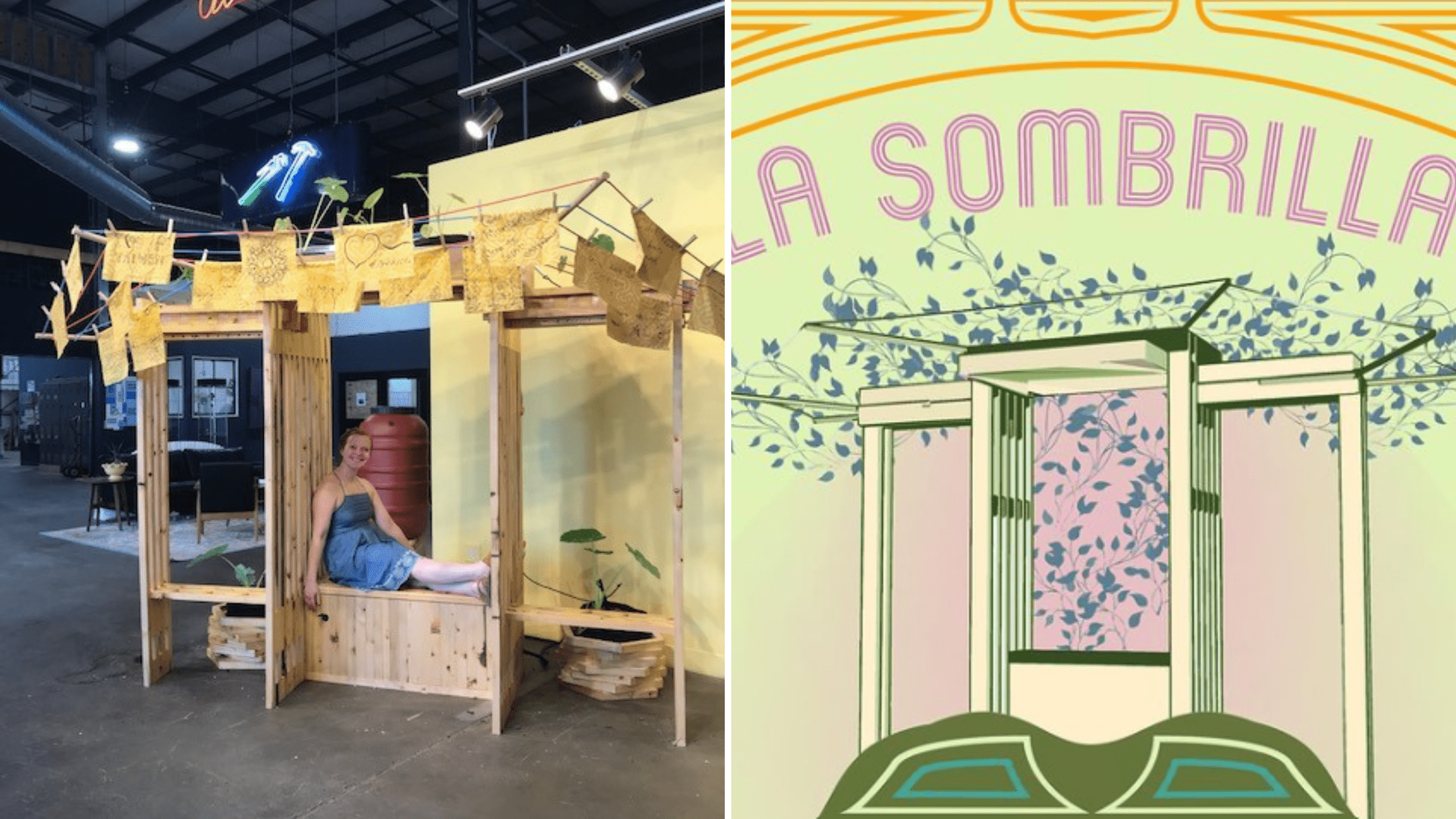 What are Second Thursdays?

For 17 years, the Crane Arts Building has hosted monthly art exhibitions, performances, and openings on the Second Thursday of every month. Similar to First Fridays in Old City, but not wanting to compete, Second Thursdays was created to highlight the creative community of the North Philadelphia neighborhood – and well it stuck!

American St. is becoming a booming street for artists, makers, and creatives of all types, and we invite you to come out to be a part of this. Between the Crane Arts Building and the Clay Studio, the NextFab building at 1800 North houses eight businesses that will also be opening their doors on the second Thursday of every month. At 1800 N. American St. the creative work ranges from restoring historic neon, sourcing salvaged materials, empowering artists, building bicycles, supporting artisan businesses, a gorgeous floral market, and a restaurant mixing up amazing cocktails. All are welcome to this open house-style event!

While at the 1800 N. American St. building be sure to check out our neighbors:
+ Google Calendar+ iCal Export

Back To All Events