The napkin-sketcher, the artist, the tech innovator, the small business starter, the expert craftsman, the creative entrepreneur - inside each of us, there’s an idea waiting to be built, a passion ready to be explored, or a skill set yearning to grow. At NextFab, you have the space to make it happen.

NextFab is a network of collaborative makerspaces for professional makers.

We provide the technology, tools, space, and resources to turn an idea into reality, develop a product or business, and create something you only dared to dream up – all while advancing your own skills and finding your passions. By combining digital technology with traditional tools, we’re finding cutting-edge ways to make things, solve problems, and learn by doing. By putting the latest tools in our makers’ hands, we hope to inspire small business owners, artisan entrepreneurs, tech startups, creatives, and the makers of the greater Philadelphia and Wilmington areas to make an impact.

At each of our two makerspace locations, we offer shared workshops and studios with state-of-the-art tools and equipment, tailored to fit our members’ making and creative needs. In addition to the physical machines and tools, we offer a pathway to advance our members’ journeys, including classes, office hours, business resources, private spaces, studio rentals, and business accelerator programs. Along with our tight-knit community vibes, our technical staff is on-site to guide members on getting started, provide feedback, or advance their skills through our private training or pre-formatted class options. With our membership model, we strive to provide our makers with all the tools, equipment, and resources they’ll need so they can focus on the making while we focus on the space.

At NextFab, we are your success in the making.

A Space for Creatives, Engineers, and Thinkers…

NextFab was founded by Dr. Evan Malone in 2009, with its first location at the University Science Center. While attending Cornell University, he co-founded Fab@Home, the first multi-material 3D printer credited with sparking the consumer 3D Printing revolution. During his time at Cornell, he took the Fab@Home 3D printer to Johannesburg, South Africa as part of MIT’s Fab Lab, an outreach effort that introduced off-the-shelf digital fabrication tools and design software to communities around the world. 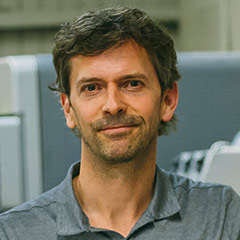 “It was inspirational to see how people with absolutely no technical background were able to invent and produce things that could lift them from poverty. I felt like I could have an impact.”
– Evan Malone

With this ethos in mind, the first NextFab makerspace location was born, a 4,400-square-foot space located at 3711 Market Street, opened to the public as a part of the University City Science Center’s business incubator in 2010. This location helped to serve a need during an economic crisis, by providing a publically-accessible space for builders, manufacturers, and makers to gain access to machinery, tools, and resources. After four years in University City, NextFab relocated to a 21,000-square-foot facility on Washington Avenue in South Philadelphia in 2012, expanding departments and capabilities for more advanced manufacturing. This expansion came as a result of the city’s economic increase, causing a need for more space for the local manufacturing and artisan community.

This location became a hub for technical and hardware startups, and the birthplace of NextFab’s Hardware Accelerator program, RAPID (Revenue through Advanced manufacturing, Product development, Innovation, and Design thinking), which focuses on helping hardware entrepreneurs jump-start their business by providing them with hands-on technical and business consulting, and seed funding. This program launched in 2017 and has since welcomed hundreds of startups from around the Philadelphia region and beyond, including Burro, Flux Marine, and Strella Biotechnology, amongst others.

This isn’t just a return to creating things with your hands – this is the future of making.

See What We’re Talking About

In December 2014, NextFab opened a 4,000-square-foot second makerspace location at 1227 N. 4th Street in the city’s South Kensington neighborhood, with newly expanded textiles and jewelry departments. Here, NextFab had the opportunity to take over a shared workspace in the previously occupied Impact Hub co-working space. Not wanting to have this resource removed from Philadelphia’s ecosystem, NextFab decided to purchase and operate the shop left behind by Impact Hub. Located in the city’s artisan community of Fishtown, it became a hub for the artisans, creatives, and craftspeople of Philadelphia.

NextFab expanded outside of Philadelphia and in June of 2017 opened a new makerspace location in the creative district of Wilmington, Delaware. Aided by the Wilmington Renaissance Corporation (WRC), now known as Wilmington Alliance, and the Delaware Economic Development Office (DEDO), NextFab Wilmington became one of the anchor tenants of the creative district of Wilmington, continuing the economic development of the city. Since its opening, NextFab continues to be a resource to Wilmington’s small businesses and creative community, through partnerships with local organizations such as the Delaware College of Art and Design (DCAD).

Shortly after, NextFab announced its plans to close the location at 1227 N. 4th Street and relocate half a mile north to a large warehouse at 1800 N. American Street. Within the 60,000-square-foot building, NextFab occupies 21,000 square feet, sharing the rest of the building with multiple subtenants including The Resource Exchange, Sor Ynez, Keystone Bikes, Center for Creative Works, and Beaty American. As a bright spot along this creative corridor of North American Street, and highlighted by unique jewelry and textile studios, this location is designed to be a creative hub for multiple businesses, housing flexible studios, expanded departments, enhanced storage, and artist residencies. With a strong focus on the artisan entrepreneur, this location hosts the Artisan Accelerator, a program that gives artisans and entrepreneurs the essential tools, support, and structure to grow their handmade businesses, as well as a neighborhood of studio spaces within the makerspace.

Today, NextFab has the same mission it had back in 2009 – to cut down barriers to providing access, technology, and community, and to create a place to learn, grow, and build.

EducationClasses and workshops for members to increase their skills.Learn more 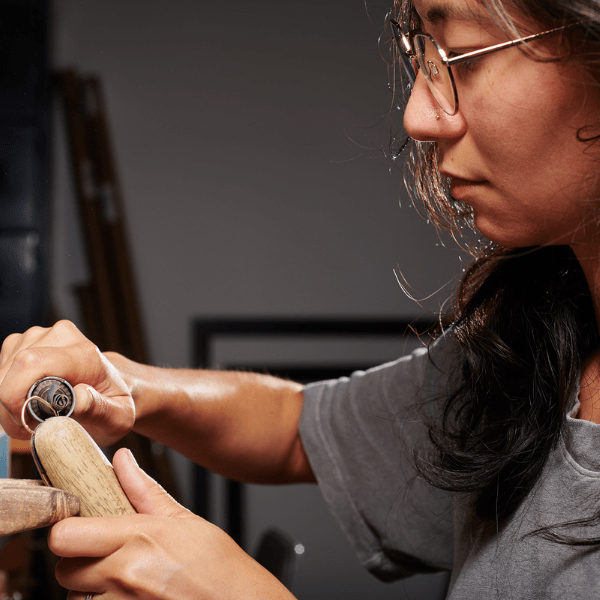 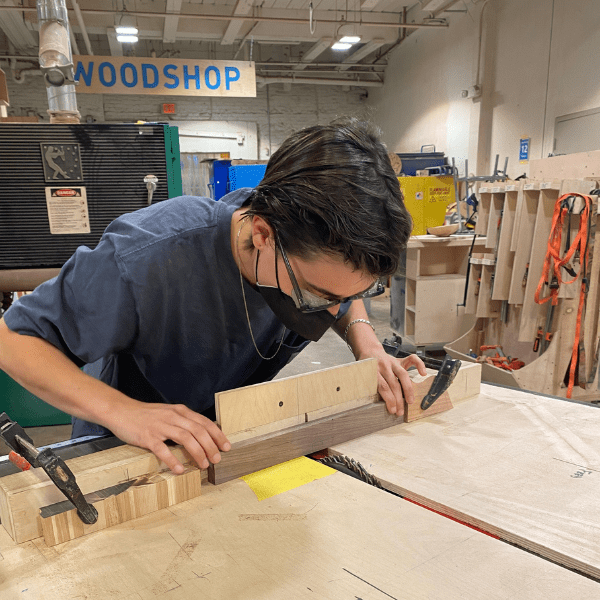 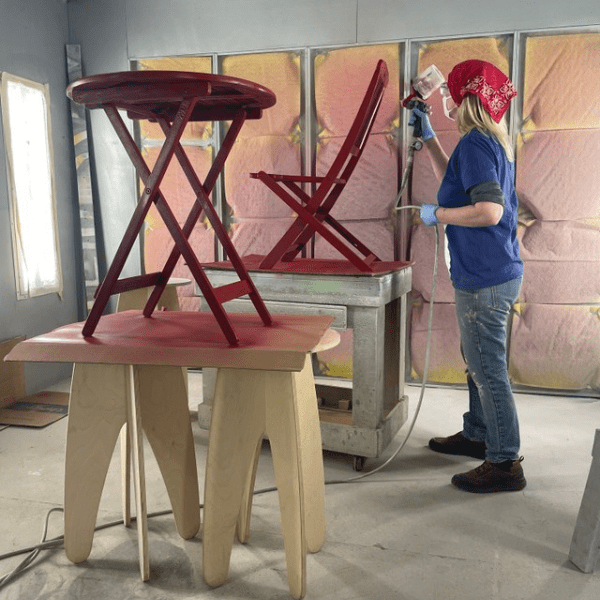 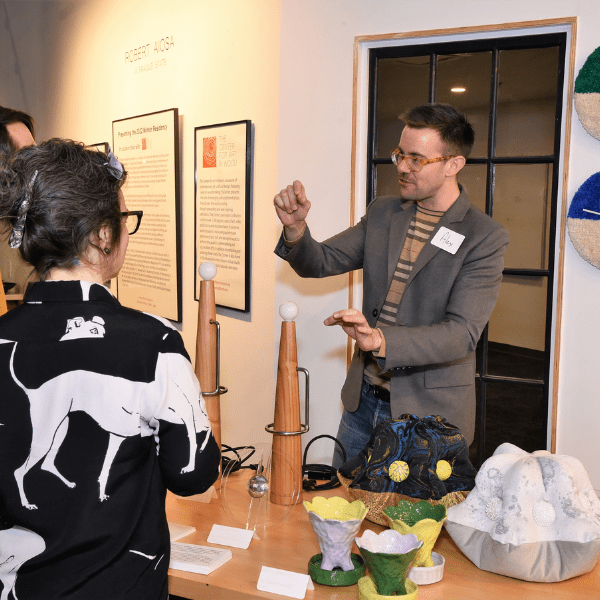 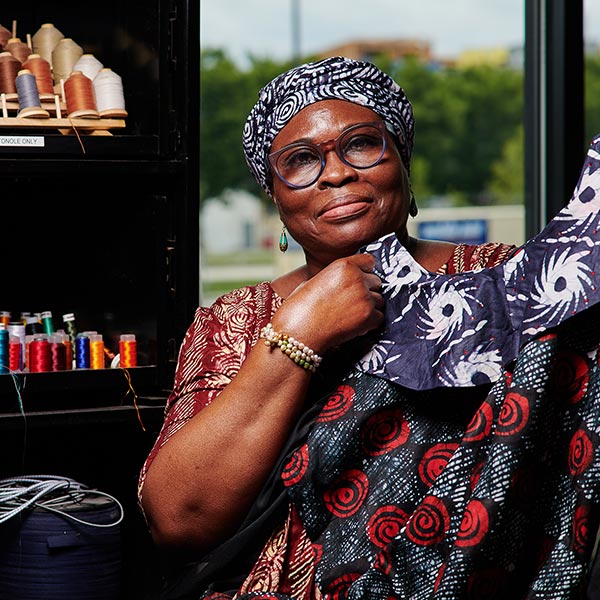 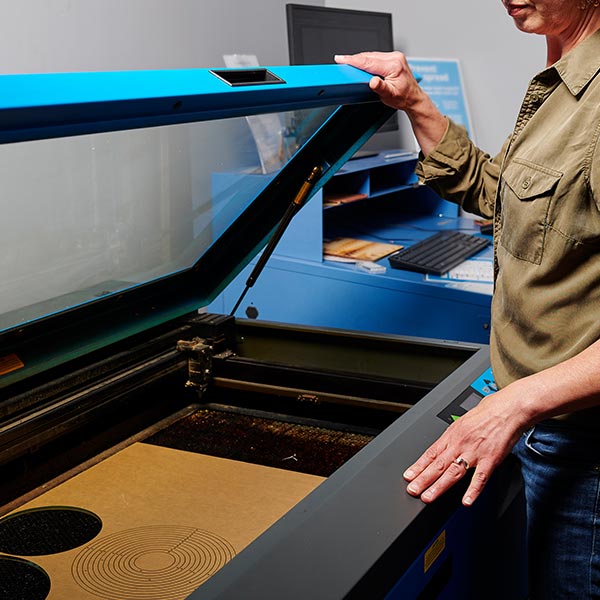