Chris Hariz and Utkarsh Shah (Hexmodal) were college roommates for four years at the University of Pennsylvania. After graduating, Chris went on to work for a Y Combinator startup. Utkarsh went to work for another tech company. The two had remained close friends and now had a taste of the business world. They decided to pool their talents and explore some ideas to build something of their own. After whiteboarding a few dozen ideas, Chris received a call from a facilities manager that he’d previously worked with. The facilities manager presented a problem that needed a solution. It was a simple idea and when Chris and Utkarsh applied their evaluation criteria to their list, it was the lone survivor.

The problem was this: In institutional settings, emergency lighting is critical. Emergency lighting systems require routine testing (think smoke detector). Emergency lights typically have a test button on the bottom. To test the light one uses a pole (broomstick) to push the button. That seems simple enough, but in a large facility with hundreds of lights, the chore is considerable. 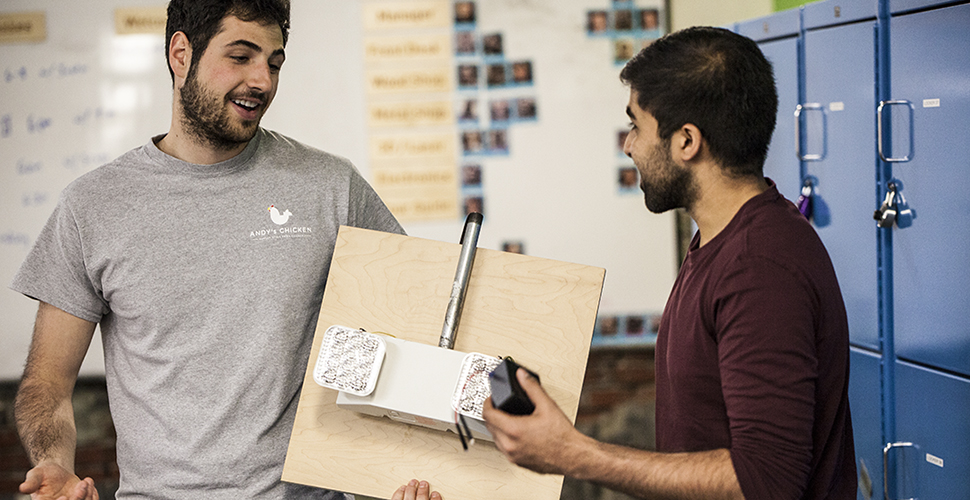 Working with IoT (Internet of Things) products had always appealed to Chris and Utkarsh and the emergency lighting problem was a perfect fit. Using a traditional system such as Bluetooth is problematic when connecting to a fleet of devices over a broad range. However, the development of new, long range IoT protocols such as LoRaWAN (Long Range Wide Area Network) are perfect. Utkarsh explains, “While Traditional WiFi operates at 2.4ghz or 5ghz, LoRa operates at about 900mhz. The advantage is that LoRa protocols allow very large range (kilometers), up to 1,000 devices per gateway and much better penetration through walls and buildings.” Using LoRaWAN as a remote trigger to test emergency lighting in institutional settings was a perfect solution.

“It was never a question that we wanted to build a business together, just a matter of what we would be doing. When this opportunity came up it was a great mix of our talents. Right now the status quo is a man pushing buttons with a stick – in a country where robots perform surgery, that’s ridiculous.” – Chris Hariz 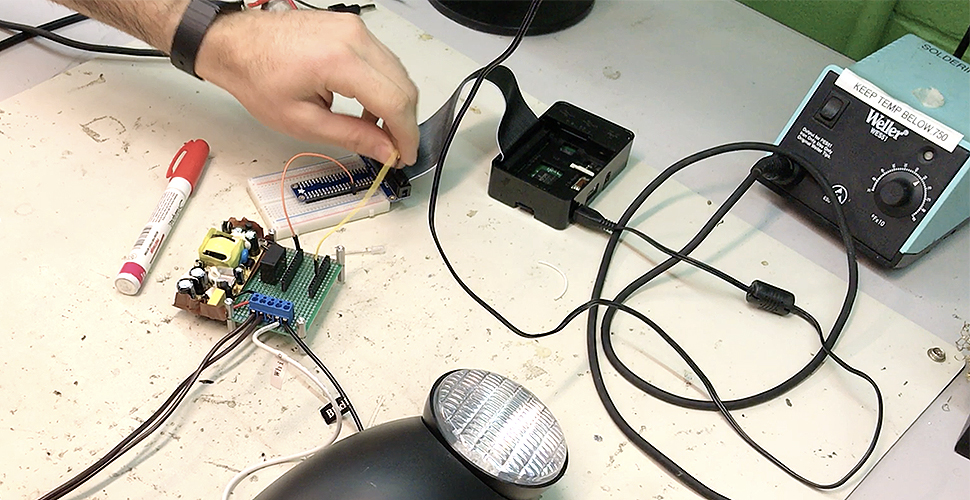 The Leap to Start-Up

After researching the product market, all signs were positive. “The more we started digging, the more positive response we found. The tipping point was when the University of Pennsylvania agreed to purchase pilot units, sight-unseen. At that point Utkarsh quit his job and we started doing this full time,” Chris enthuses. They took the leap and started their company, Hexmodal.

“However,” he continues, “we found a gaping hole in our competencies. Utkarsh is a software http://buylevitra.net engineer. I have experience with start-ups, fundraising and electrical equipment. Neither of us had anything but a cursory education in hardware.” 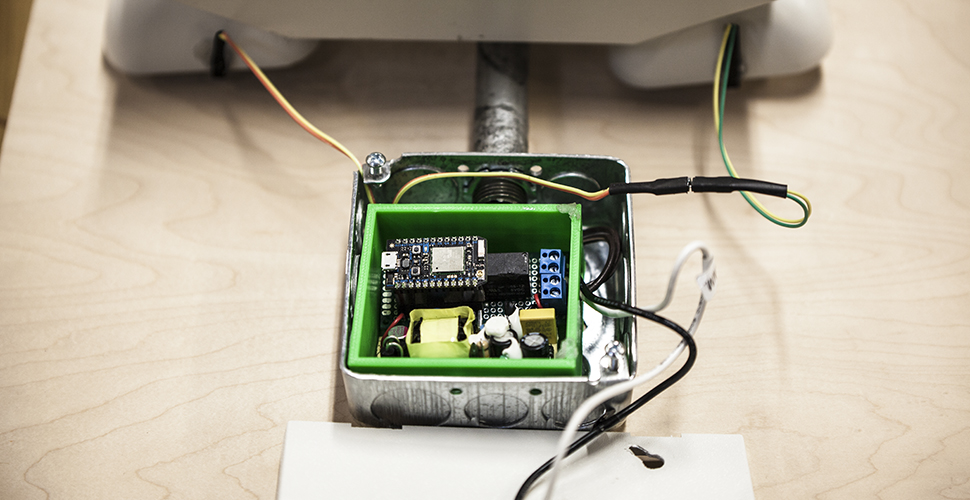 A friend recommended NextFab and the RAPID Hardware Accelerator was a perfect fit. Chris tells me, “NextFab has all the advice, training and tools to make it happen if you are willing to do the work.” And that’s exactly what they did. On day one they were soldering. On day two they were learning about hardware development. Day three they learned about dev boards and project planning. Chris continues, “we went from some props and a napkin sketch to a completely functioning first version of our product which we’ll spend the next few weeks assembling and installing. All in eight weeks. That’s crazy fast when you think about us literally knowing nothing [about hardware development] when we started.”

“Looking at what we would need to make our business successful it was clear that hardware was a huge hole in our competencies. RAPID was immediately appealing because of the staff’s wealth of experience in taking a product from ideation to scaled production.”

RAPID program manager, Todor Raykov adds, “When Chris and Utkarsh came to us they didn’t actually know how difficult it is to build a hardware product, but this lack of experience didn’t stop them at all. Less than two months later, with hard work, access to NextFab’s equipment, and tons of enthusiasm, they now have their pilot-level device ready for deployment. What’s even more impressive is that an astounding 80% of the potential client companies they reached out to praised their product and requested pilots!” 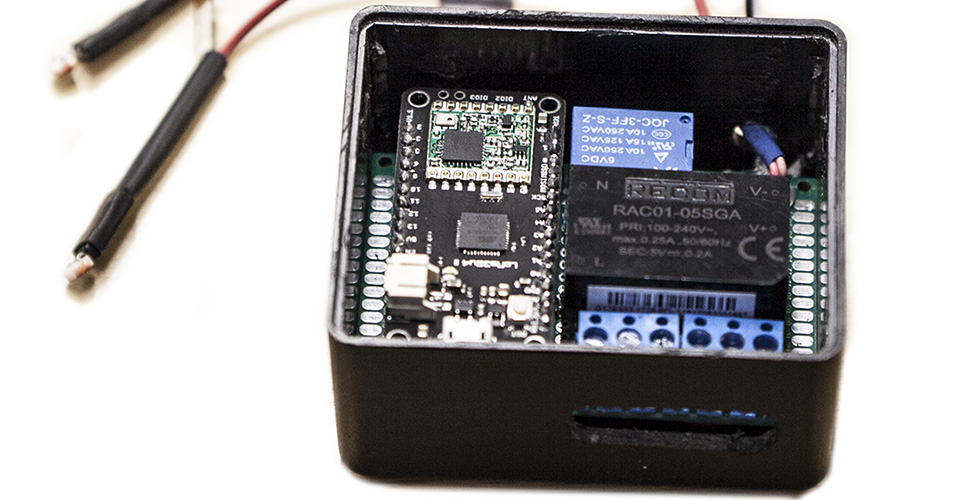 Utkarsh and Chris will graduate from the RAPID program at the end of May. However, they plan to stay on as members and continue to work and develop their business at NextFab. “Things have been fantastic – when troubleshooting bugs or deciding long term strategy, having someone at the table next to you with years of experience has helped tremendously accelerate our progress . A lot of the issues we face are solved problems, it’s just a matter of asking someone who has worked through them before. The amenities are also great, we’ve essentially been living out of the co-working space!”

If you think NextFab might be able to help you get going on an idea, schedule a tour.

Join Hexmodal and the rest of the teams on May 24th as they graduate from the RAPID Hardware Accelerator program. For the past 12 weeks, each company has been developing their business around a hardware product with guidance from experienced coaches and now it’s time to hear their pitches.