Between the 15th and 18th of November, 2015, Jefferson University and NextFab hosted the three-day Independence/Jefferson HealthHack. As the name suggests, this was an event to “hack” health, or more specifically, healthcare apparatus and processes. The event brought together nearly 200 people to solve challenging healthcare issues. Designers, med students, engineers and entrepreneurs alike formed teams to tackle problems that badly needed attention. The winning Hackathon solution was developed by a dynamic team of makers, we asked them for their thoughts on this exciting program. 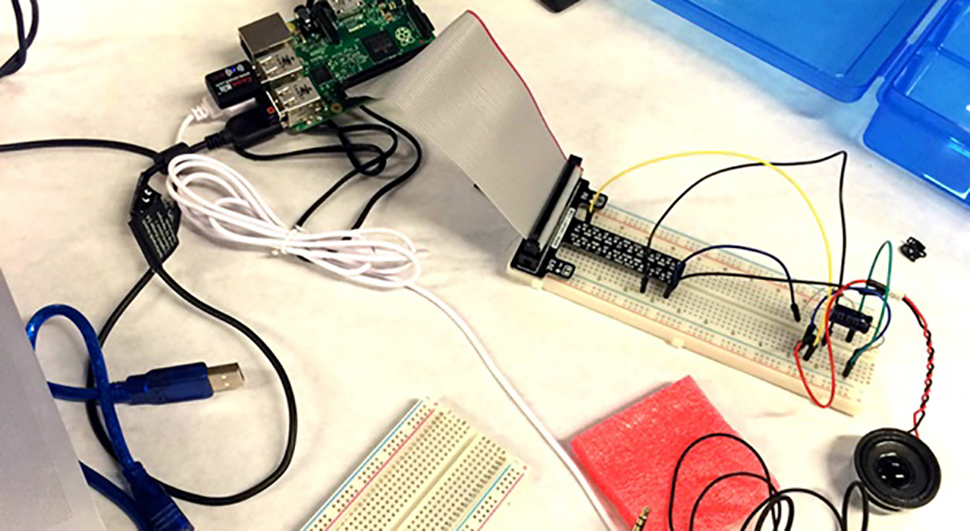 NextFab hosted the second day of the two day event — the day that the ideas were materialized into physical projects. It was a thrilling experience for our staff to help guide teams as they imagined how to prototype an idea in only a few hours. Dr. Jonathan Kiel, a polymer scientist and chemical engineer, was a participant on the winning “Tiger Drone” team. Jonathan explains the goals of the Hackathon:

“This Hackathon was slightly different than traditional hackathons, which tend to focus on virtual, software solutions. Instead, the Independence/Jefferson Hackathon boldly rewarded teams for hardware solutions. The aim was daring; participants were encouraged to start from scratch to produce novel ideas that could impact very large-scale problems. Teams participated across three tracks: 1) Drone-Based Healthcare Delivery, 2) Reducing Hospital Readmissions, and 3) Wearables.”

“The team I worked with, ‘Tigerdrone’, was lucky enough to win the Drone-Based Healthcare Delivery track with a drone to place locator sensors in disaster relief areas as well as a design for a hydraulic multi-tool for search and rescue team members. The event was a great opportunity to work with talented people on some specific projects, but now members of Tigerdrone and others are continuing to push the team’s ideas forward with the intent to provide international relief organizations potentially useful tools for real-life search and rescue. Specifically, the team has been working with The White Helmets to develop low-cost and lightweight materials to aid in locating and rescuing survivors of city-wide bombings in Syria.” 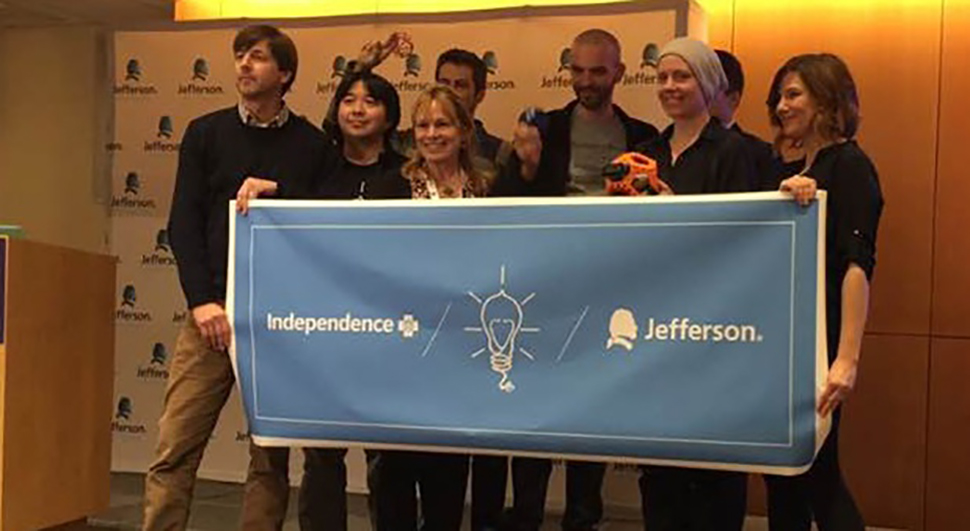 Marni Duffy, a member of the Tigerdrone team, is a small business owner who is transitioning to a career in tech. She was attracted to the Hackathon thinking it would be a great experience; working on a team, learning new skills, getting inspired, and checking out NextFab’s facilities. Marni relates:

“I worked on the [Tigerdrone] team of 9, working on a drone-based emergency response system for natural and man-made disasters. We were wiring up sensors, writing the code for them to work, 3D printing cages and cases for them, and integrating some artificial intelligence via Watson. Part of our team was working on hydraulic shears.”

“Our team was the first group to arrive at NextFab. Our team leader, Brad Flaugher, is a member and instructor at NextFab. He and the other staff were on hand to teach us, help us, and encourage us. This was particularly helpful with wiring and coding and 3D printing! We were also able to put our prototype on a drone for a test flight to be sure it would behave as we expected.”

Flaugher, who teaches computer science at NextFab, explains the genesis of the project:
“I pitched a group of 100 or so participants on the idea of making tools to help rescue operators in conflict zones. We assembled a team of 8 or so people. And with the support of NextFab we were able to 3d-print, electronically engineer, and software-engineer a simple system for communicating with sensors from a hub. The project was helped by using open source tools to get the whole thing done in about 24 hours.”

“The team was awesome and very diverse,”continues Flaugher, “we had Computer Scientists, Engineers, Nurses, and other Health Professionals. Because we used open source projects and had NextFab’s facilities, everyone was able to contribute, it was awesome.” 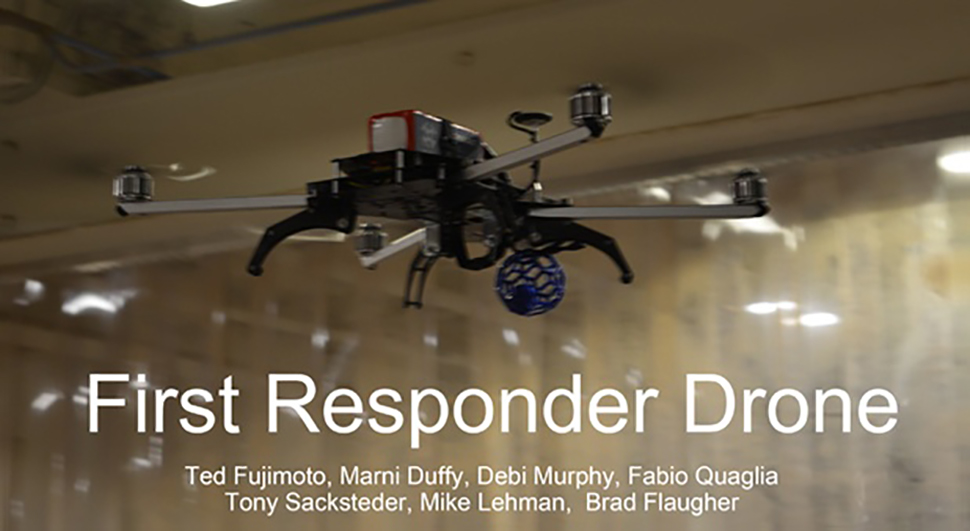 Duffy praises the facilities and staff, “The staff makes NextFab great: the owner Evan was involved in our team as he had made some connections with a team in Syria that is looking for open source, more affordable equipment for emergency response. He was around all day, as were our electronics gurus and 3D printing gurus, helping us troubleshoot and solve problems that we couldn’t figure out in less than 30 minutes or so on our own. Having that expertise so that we didn’t need to get overly frustrated or waste too much time was priceless. Our team won first place in the drone category, and we absolutely could not have done it without the staff’s help!”

The Metal Shop was buzzing during the Hackathon

Dr. Kiel outlines the next steps and future of the project, “Our team has just begun meeting and working on development plans, and much work is ahead, but we are all acutely aware that this would not have been possible without the walls and infrastructure of NextFab. The Jefferson/Independence Hackathon was only possible through the collection of staff, members, and physical resources available at NextFab. The desire to make a difference in the world is hugely important, but the ability to bring people together with the right tools they need to make that difference is, arguably, equally important. As we move forward in developing our hacks, we are bolstered by the knowledge that we can take our pen and paper ideas directly to the fab shop.”
In the end, physical prototypes offered a big advantage to the winners. In all three categories, the winners had developed at least part of their prototypes at NextFab’s facilties.

Dr. Kiel, “The Hackathon was a big success with a number of teams putting together some great hacks. Some participants were well-versed in the target areas with specific skills to address specific problems, while others were new to the hardware world but came with plenty of ideas and energy. This combination of backgrounds, skills and ideas brought out a strong entrepreneurial vibe and spurred both ideas and hacks.”

Flaugher adds, “”We’re still working on more iterations of the project and improving our prototypes and adding new kinds of sensors. It’s a big project but there are a lot of tools out there to help us build useful things.”

Want to host a hackathon?