Scott Keeley is a patent agent and industrial designer. He has engineered products from guitars to wind turbines. Scott works as NextFab’s resident patent advisor, but he’s also been busy in the woodshop building didgeridoo’s. A didgeridoo is an Australian Aboriginal wind instrument that’s history dates back over 1,000 years. So how did Scott come to play the didgeridoo? Sleep apnea! Scott was facing surgery for sleep apnea when he discovered that didgeridoo players have less trouble with sleep apnea and snoring. 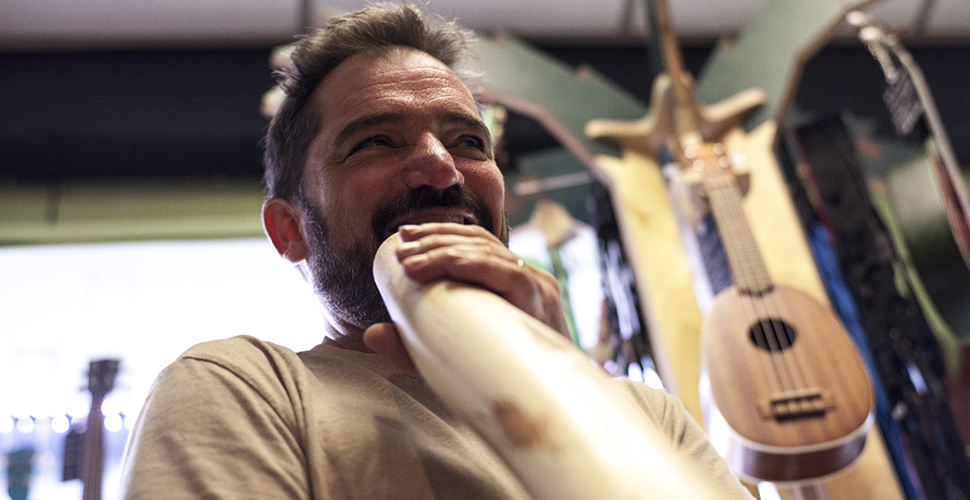 A quality didgeridoo like the one I am accustomed to playing costs $500+ I figured it was worth a try to make one.

Scott started taking didgeridoo lessons at BridgeSet Sound on South Street and got hooked. Spending time between Philly and Rhode Island, hauling his didgeridoo back and forth was a hassle and the cost of buying another was prohibitive. Accordingly, he decided to have a go at making one at NextFab. 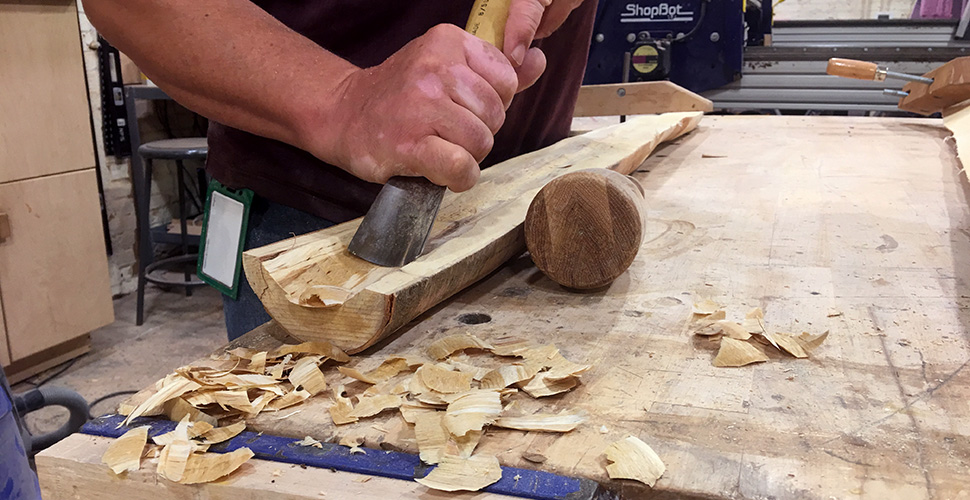 “The first one was made of poplar, it’s cheap and easy to carve, I figured if it didn’t work out it was only $20,” Scott explains, “To carve a long cylinder out, you first cut it lengthwise and then hollow out each side like an avocado.  I tried using a router to do this. A router is a wrong tool, it is meant for carving at a set depth, and to hollow out the cylinder half you need to vary the depth continuously. Something about the straightness of the form, the rough carving, and the soft wood made it the worst didgeridoo I could imagine. It had no reverberation to help with the circular breathing. 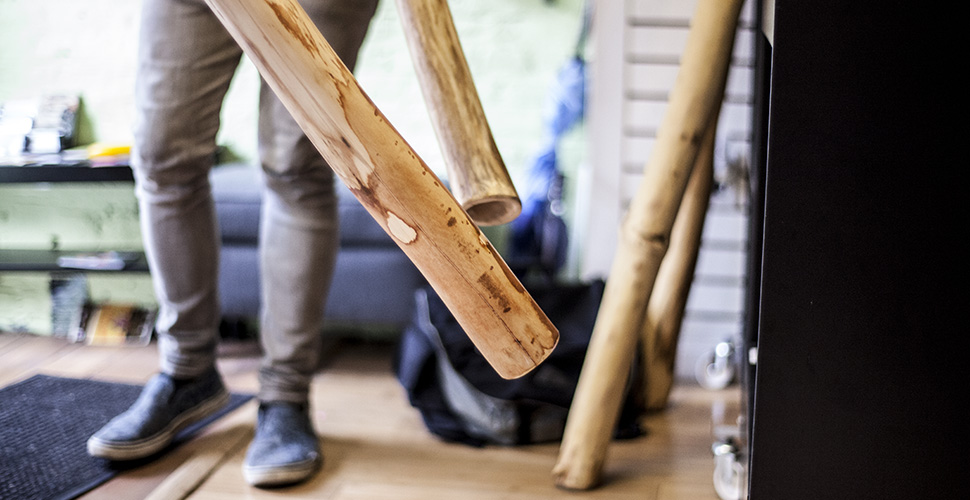 Scott’s next attempt was a little more sophisticated. He used a faceted barrel maker or “coopers” design. He cut strips with 20-degree tapers and glued them together making a 9-sided https://adderalloral.com tube. The result was beautiful but a bust. Scott laments, “I’m not sure why it didn’t work but a taper is probably an important part of a good didgeridoo. It looks cool though!” Scott gave up on the time and labor-intensive process and went back to the drawing board. 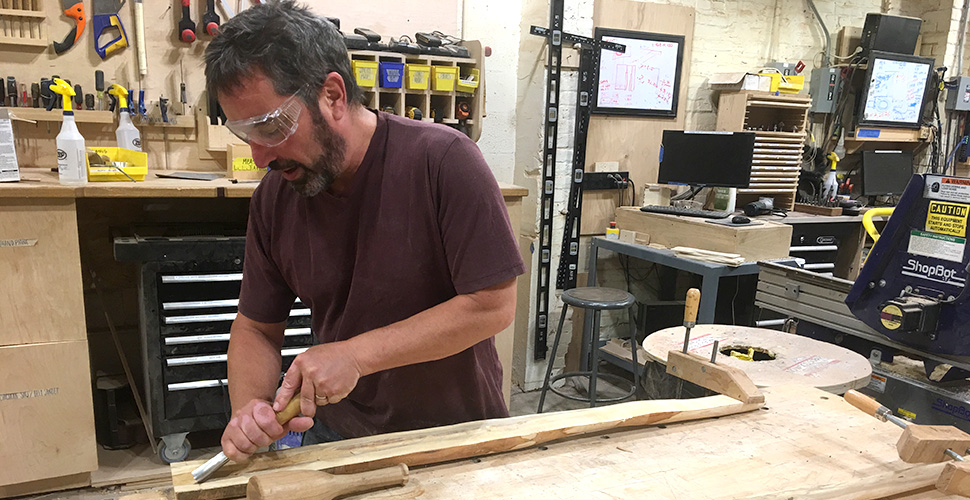 Scott decided to do a little more research before his next attempt and found that didgeridoo makers tend to use wood cut from the base of the tree. The wood there is the hardest and has the right flare or horn shape at the bottom.  He found a dead birch tree that was still standing and dry but not rotted.  Success! “Something about the long grain following the taper and that it has an elbow all go into making it play properly,” Scott says, “A great sound. I’ve been playing it every evening on my steps since.”

Following his success, he made a second from another birch tree. Scott explains, “It’s larger and has a great sound. This one I carved out with chisels, it didn’t take as long as I had thought and I think I can move as much wood with a chisel as with a machine.” Hand-chiseled didgeridoos are often preferred to machine-carved didgeridoos and Scott prefers the process of chisel carving his instruments.

Scott’s final advice for anyone wanting to make a didgeridoo is, “I recommend the Saburrtooth 1” ball [a power tool carving attachment] for carving the mouthpiece and a good 1” wide carving chisel. It should be carved from a hardwood tree that is dead and standing. It should be cut from the base and cut higher than you want in the end. It’s best to make it longer than necessary and shorten it to tune it.” Of course, a NextFab membership doesn’t hurt either!