Geeking Out: How We Made the 2015 Geekadelphia Trophies

“I knew the minute I held this award that it wasn’t going to be just a piece of decoration for my room (although, it does look awesome with the lights and all). It would demand responsibility.” – Ather Sharif, 2015 Geek of the Year

The 2015 Geekadelphia Geek Awards mark the fifth year that NextFab has been involved in creating the award. But it’s the first year that Nextfab has designed the award entirely in-house.

Having worked as a lead fabricator on the award in previous years, Brandon Boulden (former Manager of Laser Processes, 3D Imaging & 3D Printing) requested and was granted creative freedom. 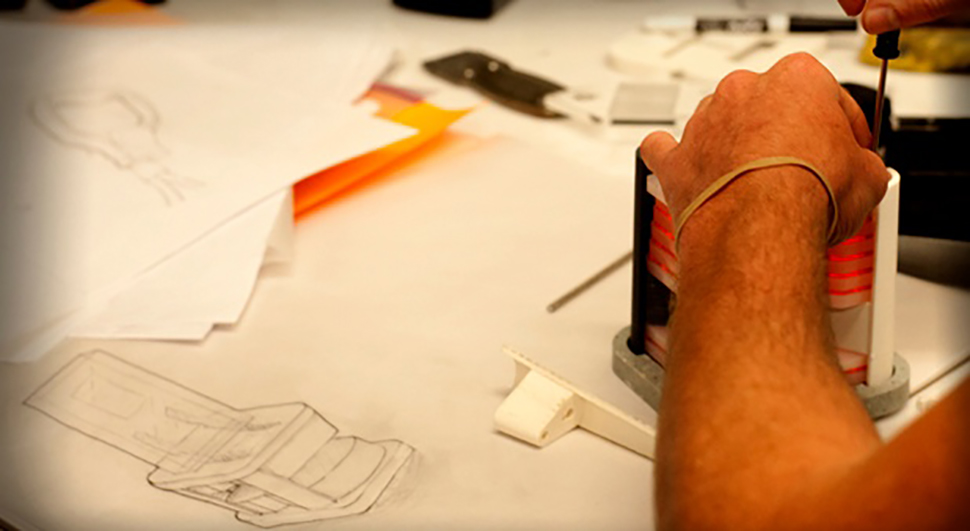 “I showed my concept sketch to the NextFab team (primarily Alan Mathason), who then pushed for a higher degree of electronics in this award. From there, we just kept pushing what we could do,” says Boulden.

NextFab’s Alex Kaplan explains, “Part of the value in having creative control was the ability to flex our ‘maker muscles’ in ways that take full advantage of NextFab’s expertise (that’s why this year’s awards relied heavily on the electronics department and the laser department). This award demonstrates what can be accomplished with access to a CNC Pick & Place machine and a laser cutter.”

The award ceremony had a “Back to the Future” theme, which the NextFab team took and ran with. This was manifested in the “clock tower” design and in the LED numerical display which mimicked the famous DeLorean time machine’s numerical date display. The award’s display delivers a message before counting off to “2015” – the 1989 movie’s choice for a year in the far future. And after an illustrated bolt of lightning hits the trophy, two streaks of white are followed closely by an illuminated fire effect (representing the iconic burning tire tracks left by the DeLorean) flashing lights. For those who look a little closer, there are also a few easter eggs, including a hidden credit sequence naming the design team and USB power compatibility. 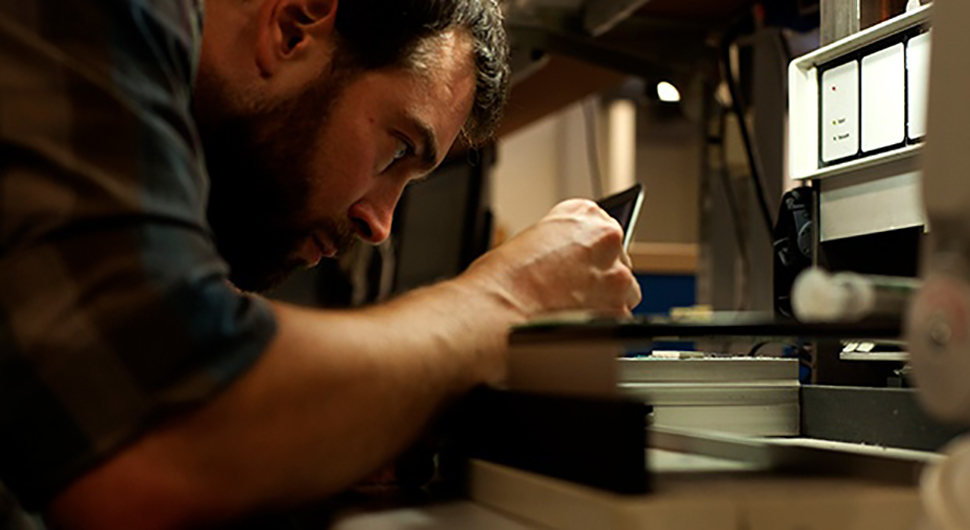 Matt Garfield, Electronics Supervisor, enthuses: “It was a great opportunity to work closely with a design that was developed jointly between the 3D Department and Electronics. As the project matured, every change or tweak to the design in one department had the potential to dramatically affect the efforts of the other department, so our design paths were intertwined and kind of spiraled around each other. It was very satisfying to see all the parts come together (literally and figuratively) and work as designed right from the first trophy built!”

In addition to the electronics and laser departments, the award included Corian® cut in the Wood Shop on the ShopBot and 3D-printed plastic parts.

“I’ll have to admit, I was nervous during the process. With just two weeks until the awards, the electronics team (Matt Garfield and Kyle Raskin) was still finalizing the board design and testing prototypes. With one week left, the Dimension 3D printer was running a 90-hour print to make the frames for the base of the award. Finally, with just a day or two to spare, we assembled the awards and tested each one,” says Kaplan.

Seeing the excitement on the faces of the Geekadelphia staff when they came to pick up the awards was awesome. It was all laughter and smiles as the NextFab crew showed off the features and design details that had been put into the awards. 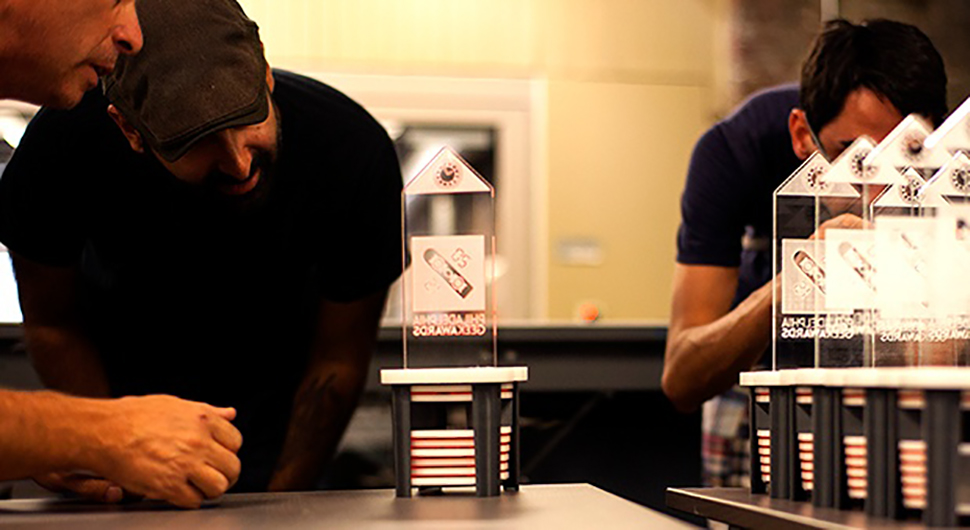 “I’m proud of the team that developed the awards and executed the plan. It’s an impressive award, complete with electronic functionality (and an easter egg or two). I’m glad that we had the opportunity to allow our team to collaborate and create something unique. Most importantly, seeing the awards on the stage and seeing the reactions of the recipients makes it worthwhile. I doubt anyone else in Philadelphia could have designed and built the awards to the standard to which we held ourselves and it’s amazing to support an award ceremony that celebrates all the geeky things going on in Philly,” adds Kaplan.

Have a cool project in need of a talented team of multi-disciplinary makers? Have no fear, NextFab’s here!