Scott Keeley is a NextFab member, patent agent and industrial designer. Scott also works as a resident patent advisor at NextFab. When he travels, he takes advantage of Airbnb to rent out rooms in his home. Looking at Airbnb experiences, Scott got the idea to combine a Philadelphia visit with one of his favorite local experiences, working at NextFab. His pilot experience went exceptionally well. His client started with an idea and culminated a week later with a working prototype and a provisional patent. 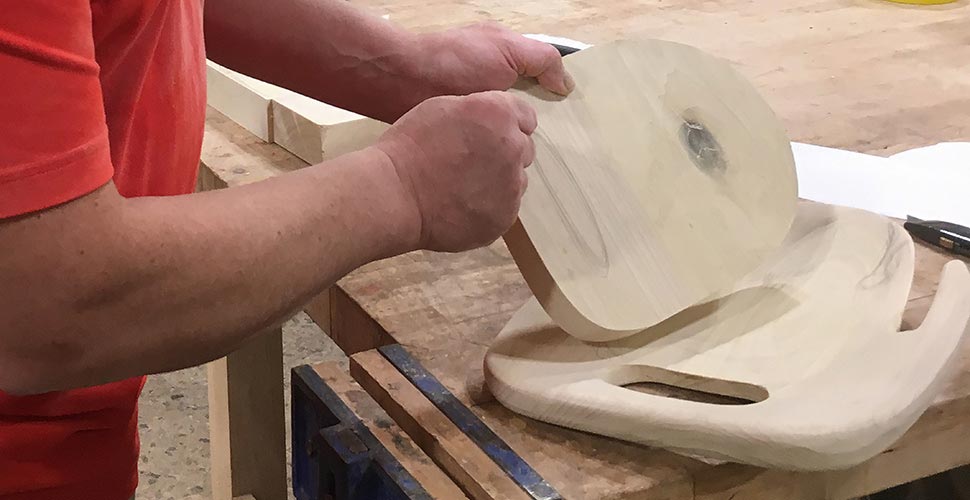 “I saw various experiences at the Airbnb site. I considered that many inventors would enjoy the experience of diving into a professionally equipped shop and coming out the other end with a provisionally patented prototype. In general, once an inventor has a Looks-Like, Works-Like prototype and a provisional patent, they are ready to present the idea for a licensing offer,” Scott tells me.

Scott discovered pretty quickly that his initial idea wasn’t feasible. The Airbnb experience is geared toward an afternoon or a day. The idea being to experience a local activity or event and in roughly the $60 range. Scott wanted a more in-depth program. This meant vetting potential participants, and eventually, settling on Shirley Garrett, from Villa Rica, GA.

“We considered each new client who came our way for the event. Shirley was a perfect fit. She is self employed so she was able to schedule the full week. She was also able to afford the $5K that a full week of [Scott’s Partner] Regina’s and my undivided attention costs. It was important that her invention was of the level of complexity that allowed it to be prototyped within one week.” 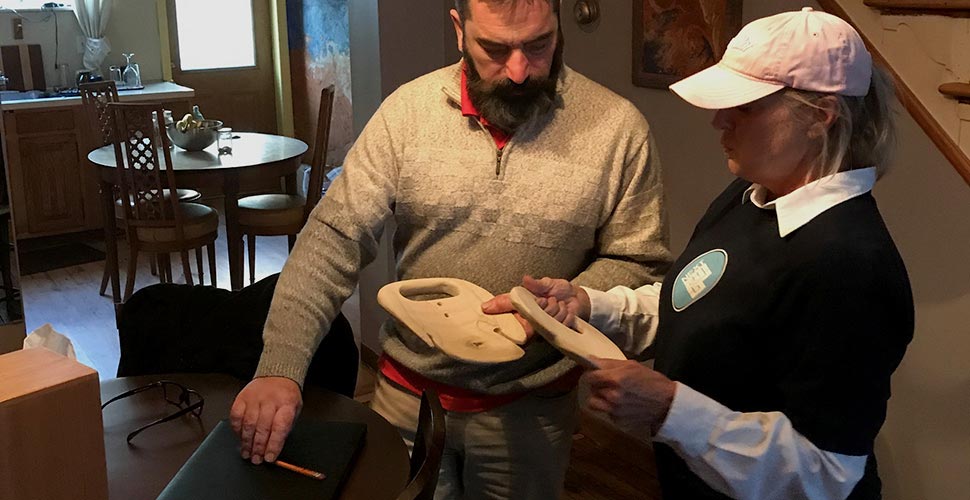 Shirley Garrett and the Tuck It

Shirley’s invention (the Tuck It) is a tool to help with tucking in a sheet on a hard-to-access bed corner. Think “shoe-horn” for a bedsheet. The idea was born from the frustration of making beds with inaccessible corners.

Shirley and her companion Barry flew in from Atlanta on a Friday and signed up for memberships which gave them 8 working days at NextFab. They took the wood safety course on Saturday and the metal safety course on Sunday. Scott was already wrapping up the first prototype when they finished Saturday’s course. Shirley and Barry jumped right in for the next iteration.

Barry and I were making bunk beds at our beach house. The mattresses were double-bed sized and required a distorted version of downward facing dog to tuck in the fitted sheets. Smoothing the top sheet was like swimming on land and tucking in the comforter led to language that warranted a soap-washing of my mouth. – Shirley Garrett

“It was most helpful that they had their hands on their prototypes through the entire process. They weren’t just sitting back like an armchair quarterback (armchair inventor) and directing. The armchair inventor can easily ask for something that doesn’t comply with the laws of physics. The inventor in the wood shop finds out quickly why it isn’t going to happen,” Scott relates.

After struggling with a prototype of her own, Shirley did some research and found Scott. “Scott and I hit it off and I realized that he was an ‘idea’ person. His enthusiasm and support was contagious. I kept researching potential ways to prototype, but immediately realized that Scott was spot on with the NextFab experience.” 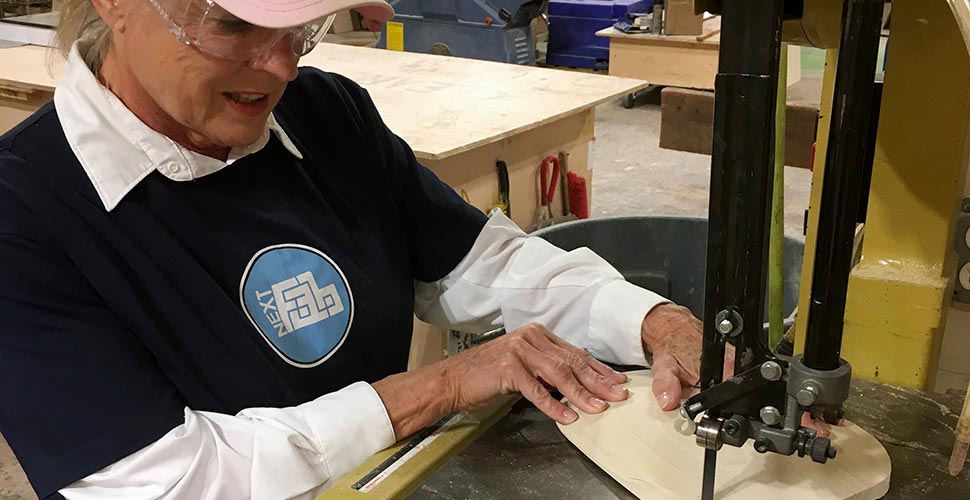 Shirley continues, “NextFab was amazing. From the moment we entered the facility, we were awed by the resources for bringing ideas to life. As we progressed through our orientation, wood and metal safety, and developing our prototype, we quickly realized that NextFab was more than a building filled with machinery. It is a community of generous individuals who support the creative process. Before the first day was over, we felt at home. Each member labored over and focused on their own creation, while at the same time offering support.”

“At first it was intimidating to watch the detailed craftsmanship of the highly skilled wood and metal workers, or the very technical production of a robotic-like gaming aparatis, or the detailed focus of designers at the drafting tables. At first I had to keep reminding myself that my very simple idea was a result of my own creative process and although not earth shattering, it did have merit.”

Before I knew it, we felt fully welcomed, initiated, and even celebrated! NextFab is not a place — it is a community. – Shirley Garrett 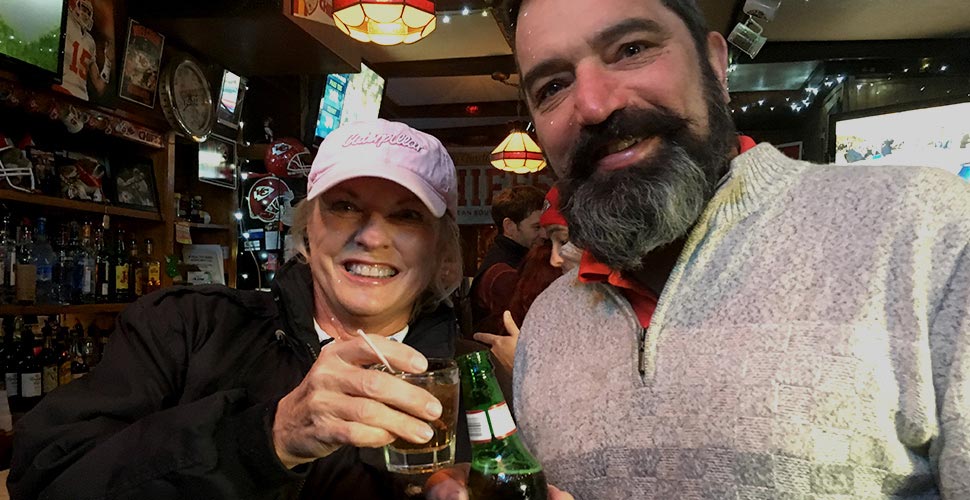 Shirley and Barry arrived in Philly on a Friday. By the following  Thursday, they had a provisional patent drafted, and a prototype ready for molding. By the following Tuesday Shirley had a licensing offer. Scott tells me, “As you can guess, we’re thrilled, and would like to continue on this success. We’re offering the next immersion ‘experience’ through Airbnb for January.”

Scott is now streamlining the experience, “We have now set up a short experience with Airbnb where people can come to our home on a Saturday and have coffee and doughnuts while we help them draft their provisional patent over a 4 hour event.

Through this event we can propose the One-Week Intensive project to those that qualify. If someone has an invention for low-earth-orbit travel, that’s great but I won’t be making a working prototype in one week at NextFab. I was able to create 10 variations of Shirley’s invention by Monday morning.”

Questions or comments? Join the conversation in our member forum.

If you’re interested in developing a product or even just a hobby, NextFab could be the right place for you to get started. Come in for a tour before the end of the year to get 20% off your first three months of membership.